The Liberal Democrats have set out plans to introduce a trio of wealth taxes which will help to cut the deficit whilst ensuring fairness in our tax system.

Manifesto plans to increase taxes on the wealthiest will go alongside a pledge to further cut Income Tax and reduce National Insurance. 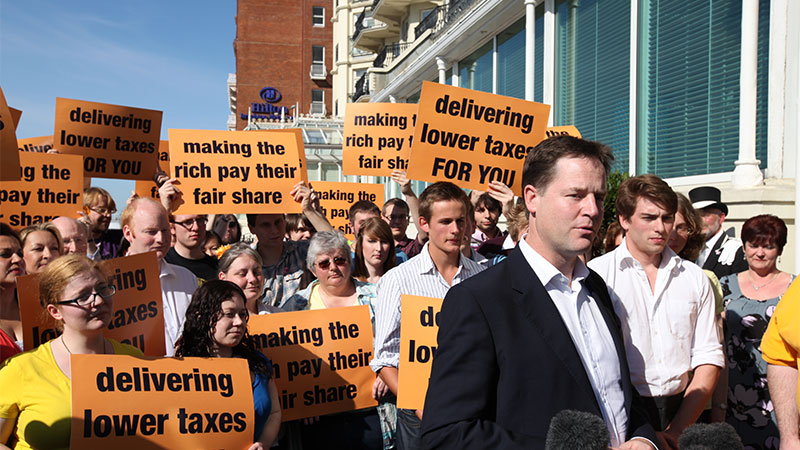 "Great progress has been made in tackling the largest deficit since the Second World War, but there is still more work to be done.

"The Conservatives have indicated they will focus on spending cuts in the next Parliament to achieve the aim of eliminating the deficit, particularly through cuts to welfare which will hit the working age poor. That is not a fair approach.

"We will achieve the elimination of the deficit fairly with some reductions in public spending balanced with some tax rises on the wealthiest in society. We have always been clear that we believe those with the broadest shoulders should bear their fair share of the burden."

The trio of wealth taxes include:

- Limit tax relief on pensions to a pot of £1m

By April next year, the Liberal Democrats will have delivered a £800 tax cut for millions of workers and plan to go further in increasing the personal tax allowance to £12,500.

"We believe this package of tax measures is another step in making our tax system fairer. Liberal Democrats believe these measures are the best way to create a stronger economy in the fairest way possible, creating opportunity for everyone."